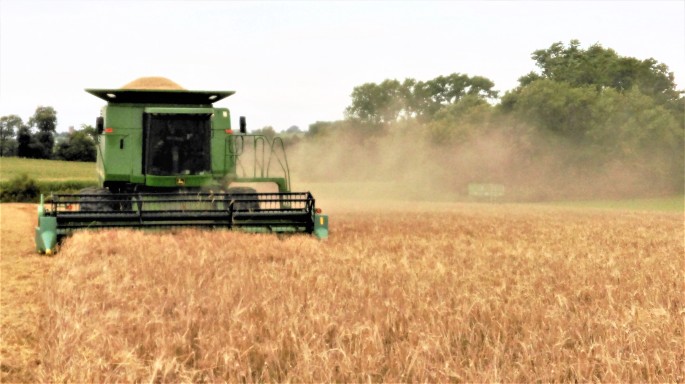 It’s been an incredibly busy year so far, filled with plenty of one-step forward and two-steps back type of moments, but at least that’s kept things interesting! While the hops and grapes continue to mature, I’ve already gotten loads of blackberries and am starting to get some early pickings of aronia berries.  On the small grain side of things, we ended up getting abundant crops of two varieties of barley, wheat, rye, and hulless oats.  All of them also passed the tests and are toxin-free so they can be malted and used to make different styles of beer in the future.  Stay tuned for an update about the release of our first beer, a pale ale called AgriculturAle, in a couple weeks!